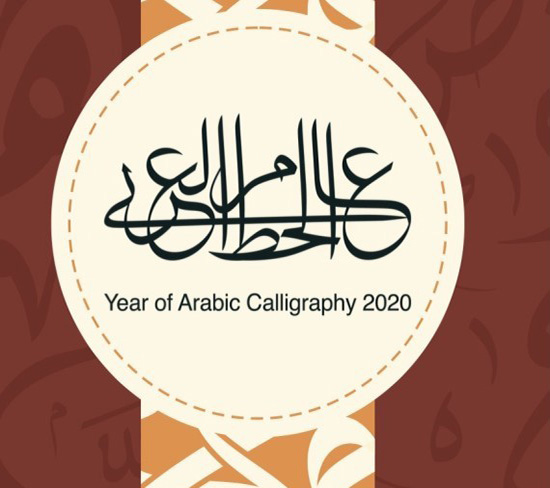 King Abdulaziz Public Library launches a competition for Arabic calligraphy in appreciation of this kind of beautiful art of importance and close contact with the Arabic language, and its rich history and aesthetics in its geometry, detail and shapes, and in the belief in the ability of Arabic calligraphy to appear more through the creativity of calligraphers as an aesthetic value of the Arabic letter through Multiple font types
The competition also comes in line with the launch of the Ministry of Culture in the year 2020 AD of Arabic calligraphy, and with pride in this eternal art and a desire to shed light on the art of authentic Arabic calligraphy and to instill it among all members of society and raise the aesthetic taste of the emerging generations through scenes that exude high taste, and to encourage creative talents and competencies interested in calligraphy Arabi .
The competition includes three branches: Khatt Al Thulth Branch, Khatt Al Naskh Branch, and Khatt Al Diwani Branch, and the writing of three texts presented by the competition for participants to write in each branch.
The conditions of the competition included that the tools used in the production of the painting should be light colored paper with a size of 50-70 cm or a size of 40-60 cm, black ink and traditional tools, and the participant is free to use the paper in a horizontal or vertical manner, without decoration, cosmetic addition, or modification Computer programs, and the committee has the right to withhold awards, equalize them, and exclude works that contain spelling errors, and it is forbidden for a calligrapher to put his name or signature on the paper,
The evaluation of the works will be based on adherence to the rules of calligraphy followed, the distribution of work within the text, and good artistic output, and participation in the competition will be the participant’s confirmation of the final results of the committee and all the conditions.
The prizes for the competition amount to more than 70 thousand Saudi riyals, distributed as follows: The first place prize is 10,000 thousand, the second 8,000 thousand and the third is 6000 thousand riyals for each of the three areas.
The deadline for receiving a photo of the participating work is on November 15, 2020
Participants are sent in pdf file format in high resolution to the e-mail, including the participant's information: name, city, mobile number, ID number. At ckaple@kapl.org.sa Or it is delivered in the presence of the library.
The participant undertakes to send the original (paper) plate, if nominated on the mail, with the same details of the high-resolution image previously sent, taking into account the preservation of the paper from folding and placing it in the paper keeping tube with the information on the tube written to the address (Riyadh, King Abdulaziz Public Library, Makkah Road Al-Mukarrama, opposite the Ministry of the National Guard, phone 0114911300, connection 112-199, mobile number 0550569498
The participating works are the property of the King Abdulaziz Public Library, and the participant has no right to claim them, and the competition is available to Saudis and residents of the Kingdom of Saudi Arabia.
The results of the winning works will be announced during the opening of the Arabic Calligraphy Exhibition, which will be held during the month of November 2020 at the headquarters of the King Abdulaziz Public Library.